This light started work in 1900 so here we see recorded two of the first Light Keepers.

In time, it had six Light Keepers, three (as is the case in these two examples) living next to the light with their families, plus a local assistant and two part-timers from nearby Portnaguran.

Further information on this Light, and all the others of The Northern Lighthouse Board, can be found here:
http://www.nlb.org.uk/LighthouseLibrary/Lighthouse/Tiumpan-Head/

It is good to see someone from the Western Isles in this role, as was the case with James Matheson and his family's birthplaces indicates that he served in Skye and Fair Isle before arriving in Lewis.

Similarly, John Milne appears to have been in Musselburgh and Scalpay, as well as back in his home town of Arbroath, prior to his arrival.

His Seaman Son, David, reminds us of the purpose of the Light Keeper; to ensure a safer passage for those whose lives took them away from the safety of the shore and into the arms of that sometimes gloriously beautiful , sometimes treacherously betraying, mysterious mistress of the deep. 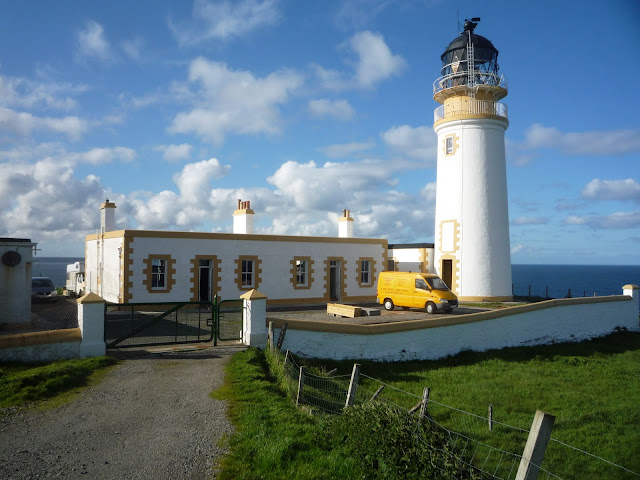